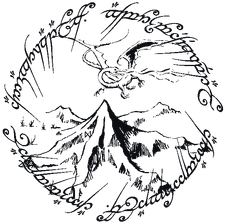 The 3.8.1 War of the Dwarves campaign was removed following the arrival of 4.0 as ET no longer felt like it was up to standard nor worth the effort to convert the campaign to use the fixed 4.0 system. Instead, they decided to create a new campaign from scratch following the events of The Hobbit. In addition, the vanilla campaigns from BFME1, BFME2 and ROTWK will be included over time as War of the Ring scenarios, read more about it here.

In this new campaign, you will be able to relive Bilbo's journey from the Shire to the Lonely Mountain and the Battle of the Five Armies and share in his adventures. The plan is to offer a plethora of diverse and unique missions. They will vary quite a lot in many different aspects, including the structure of the missions and how you achieve victory. At certain occasions, you won't be fighting at all (or the fighting will be negligible). The only thing all missions have in common is that you won't have to build units or buildings in any of them.

4.5 contains two missions from the campaign which are described below.

"Have you ever asked yourself why all the dwarves arrived on their own or in small groups at Bag End? Why didn't they all arrive together? Well, the first mission of the campaign will deal with that exact question and offer you a possible solution."
—FG15

What could possibly go wrong when Gandalf planned to meet all 13 dwarves in the Shire? Or to be more specific... He had planned to meet them where the Bywater Road enters Hobbiton. The plan sounded foolproof. But now, Gandalf is the only one standing at the rendezvous point and the dwarves are nowhere to be seen. So Gandalf begins his search through Hobbiton, Bywater and around the shores of Bywater Pool, hoping that he will find the dwarves on his way. During that journey, he receives help from the Hobbits of the Shire, who are more than happy to talk with the strange Wizard. Furthermore, they will even notify him of any nearby dwarves if he bribes them with a bit of Pipeweed. And of course, some Hobbits may have some special wishes and requests which might get Gandalf their favour, too.

After finding all dwarves and bringing them to Bag End, the secondary part of the mission starts, which is much smaller and takes place at night. Due to the darkness, the player doesn't have any access to the normal tools such as the minimap and has to find his way through Hobbiton just from his memory and the available roads.

More details on the mission can be seen here.

A Not So Warm Welcome

The mission takes place at the events in Lake-town after the arriving of the dwarves. As the mission name indicates, this is not an enthusiastic reception as in the book. Instead, the starting point is similar to the one in the movie where the dwarves are not welcome, and Bard must try to smuggle them to his house. This would not be hard if the city watch did not have their sentries everywhere, making this venture quite difficult without the dwarfs being discovered. The player has to distract the city watch in one way or another and claim favour as well as fulfill them.

More details on the mission can be seen here.

Community content is available under CC-BY-SA unless otherwise noted.
Advertisement