The Iron Hills are a mountain range in the far north east of Middle-Earth and home of the dwarves of the Iron Hills. They are also the source of the River Carnen. 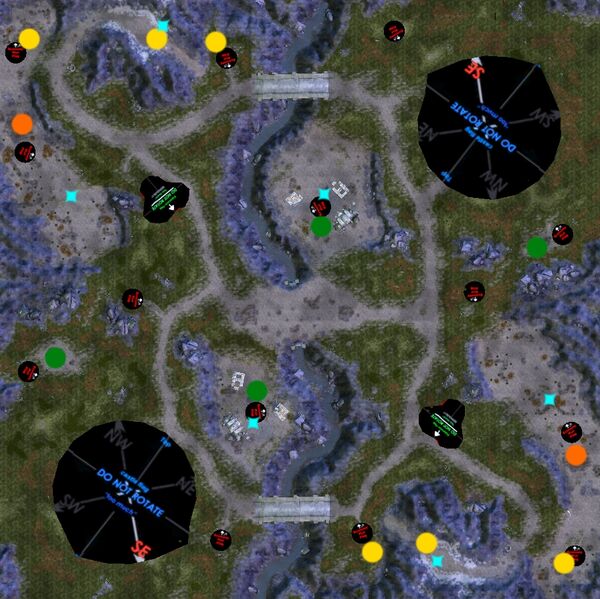 Goblin lairs are the most common creeps. Their goblins deal a very small amount of damage, are high in number and respawn quite quickly. Usually the best strategy is to rush for the lair, cut the flow at the source and then take care of any leaks. Cavalry can also be used to clean up the exteriors but can be tricky due to goblin spears being a part of the creeps.

Spiders are not the most common creeps, but they are not that uncommon either. Spider lairs are easy to destroy but are strong against Cavalry as they weaken them. The best way to deal with them is just to destroy them with Infantry.

Dragons are one of the most dangerous lairs, as they deal a high area damage and can crush enemies as well. Therefore it is best to either shoot them down from the distance or stop them with pikes. Due to their strength, dragons are used to guard important locations.

Retrieved from "https://edain.fandom.com/wiki/Iron_Hills_(Map)?oldid=26786"
Community content is available under CC-BY-SA unless otherwise noted.