" On they all went, leading their ponies, till they were brought to a good path and so at last to the very brink of the river. It was flowing fast and noisily, as mountain-streams do of a summer evening, when sun has been all day on the snow far up above. There was only a narrow bridge of stone without a parapet, as narrow as a pony could well walk on; and over that they had to go, slow and careful, one by one, each leading his pony by the bridle."
—The Hobbit

Rivendell is the hidden sanctuary for the elves of Eriador. The centerpiece of this city is the House of Elrond.

It is the fortress map of the Imladris faction. 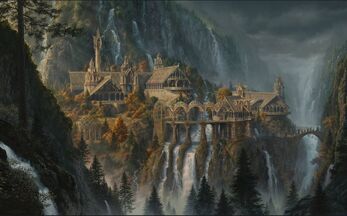 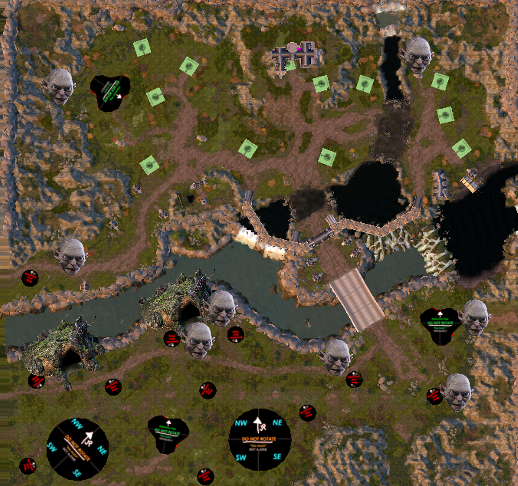 This map is best for 2v1 not only because of the extreme closeness of the camps outside the fortress, but also because the fortress itself takes up half of the map. A single bridge connects these two camps to the fortress, and while the defense only has to focus on one point, the gates will have to be opened to go after any ranged siege units which will inevitably appear. Spellbook powers will be key in these moments.

War of the Ring

Rivendell can be found on the WotR map on the eastern edge of Eriador before the Misty Mountains. It is part of the region of Eriador. 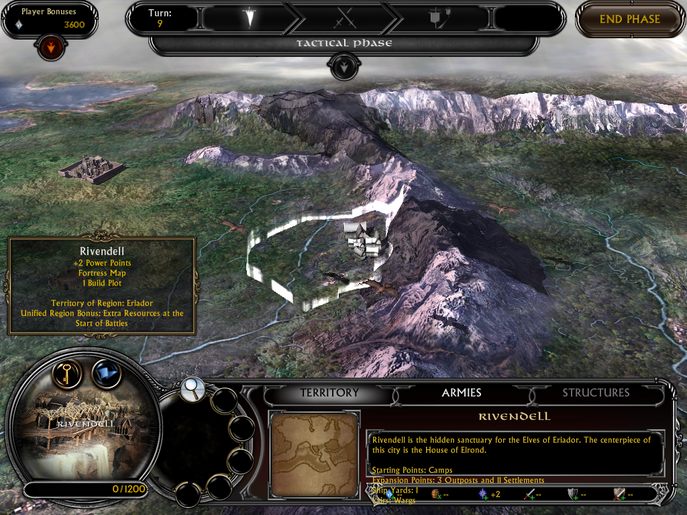 Retrieved from "https://edain.fandom.com/wiki/Rivendell_(Map)?oldid=26790"
Community content is available under CC-BY-SA unless otherwise noted.